Why Are Olympic Medals Gold, Silver, and Bronze

Check out these divers, trying super-hard to dive the best dive that has ever been dived:


Incredible feats of strength, dedication, and squished faces are on prominent display at the London 2012 Olympics. I won't pretend to understand what drives Olympic athletes to be so zany, but I do know that if they squish their faces hard enough they will be rewarded with one of these beautiful Olympic medals.


There they are...silver, gold, and bronze...from left to right. But why are those medals made out of those metals????? AND, why is bronze good, silver better, and gold the best??


INTERESTING TIDBIT: The gold medal is really gold-plated silver--just 1.34% gold. The last Olympic gold medals made entirely of gold were given out in the 1912 Stockholm games. 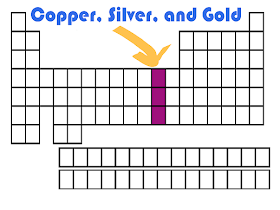 Elements in the same column generally have many similar properties. In this case, the most important property these metals share is the fact that they can be found naturally in their pure, "native" form. Most other metals are only found in their mineral form, and can only be obtained in pure form by producing them in crazy chemical reactions.


As a result, copper, silver, and gold were three of the first metals that early humans could get their dirty little hands on. While gold is almost always found in pure form, silver and copper are more commonly found bonded to other atoms such as sulfur and oxygen in mineral deposits. Eventually we clever humans figured out how to make pure silver and copper (then bronze) from those mineral deposits, which led to the metals' widespread use as money, decorative things, and eventually Olympic medals. Another property that makes those metals especially awesome is their resistance to bonding with oxygen and sulfur in a process known as tarnishing. It happens, but slowly enough that products made from the metals are still useful.


But why is bronze good, silver better, and gold the best? This story starts way earlier than the bronze age. Let's take a mental walk back in time to before the first Olympic games, before humans walked the earth, before the dinosaurs died out, before any life existed on earth, even before the earth or the sun existed! Nearly all the non-hydrogen atoms on earth were formed inside a star that existed over 5 billion years ago. That star smashed protons and neutrons together forming elements heavier than hydrogen such as carbon and oxygen, in a process that releases the energy required to keep the atom-crunching star in business. However, as the atoms get heavier, less and less energy is released, such that making any element heavier than iron requires an energy input. Here's a cool graph that shows that:

The result of this is that elements heavier than iron are less abundant than those lighter than iron. So, when that element-producing star reached the end of its life and exploded, it paved the way for the formation of our solar system in which elements towards the bottom of the periodic table (including copper, silver, and gold) are rare. 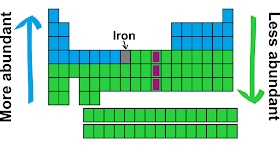 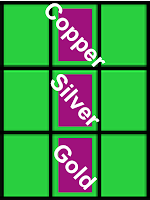 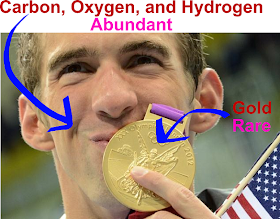 References & Further Reading:
Chemistry of the Elements by Greenwood
The Evolution of Matter by Tolstikhin and Kramers
LeeBee at 1:21 AM
Share
‹
›
Home
View web version